All Collections
Editor: how to add and edit learning materials
Creating and editing exercises and lessons
How to change exercise settings per subquestion?

How to change exercise settings per subquestion?

You can change settings per subquestion to control the number of attempts, feedback and points per attempt. Read more on how to do this.

Written by Thijs Gillebaart
Updated over a week ago

Grasple allows you to change the practice settings per (sub)question in an exercise to allow for more detailed control on the following properties:

You can change these settings for both regular as for decision tree (i.e. conditional logic) exercises.

How to change the settings?

For each subquestion in an exercise you can change the settings using the "edit settings" button. See an example of the button below.

In the edit screen you can change each of the settings individually by enabling the "overwrite" toggle, allowing you to specify the setting yourself. See an example below where we change the max attempts and feedback at incorrect end state, since we will use conditional logic to ask a follow up question in this example. 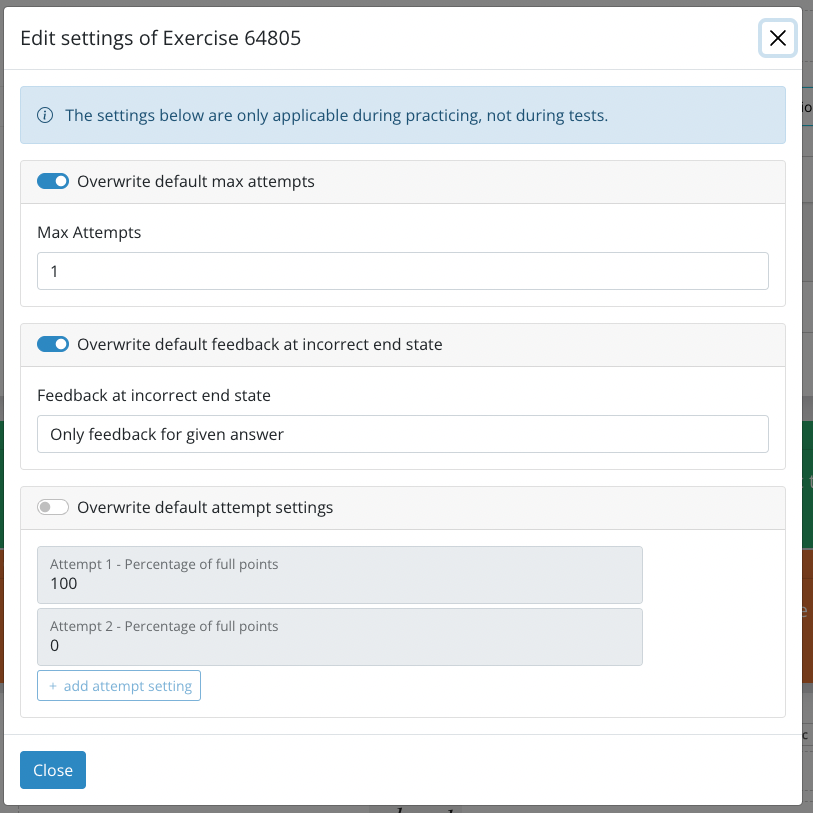 After editing you can close the popup window and click the save button to store the updated settings.

What is the effect of each setting for the student?

When the student has answered the final attempt also incorrectly, the "feedback at incorrect end state" defines which feedback is shown. In our example we specified we do not want to show the detailed solution (but the feedback for the answer itself).

See below how this works for the example exercise. In this case we also triggered a follow up question using the decision tree logic. 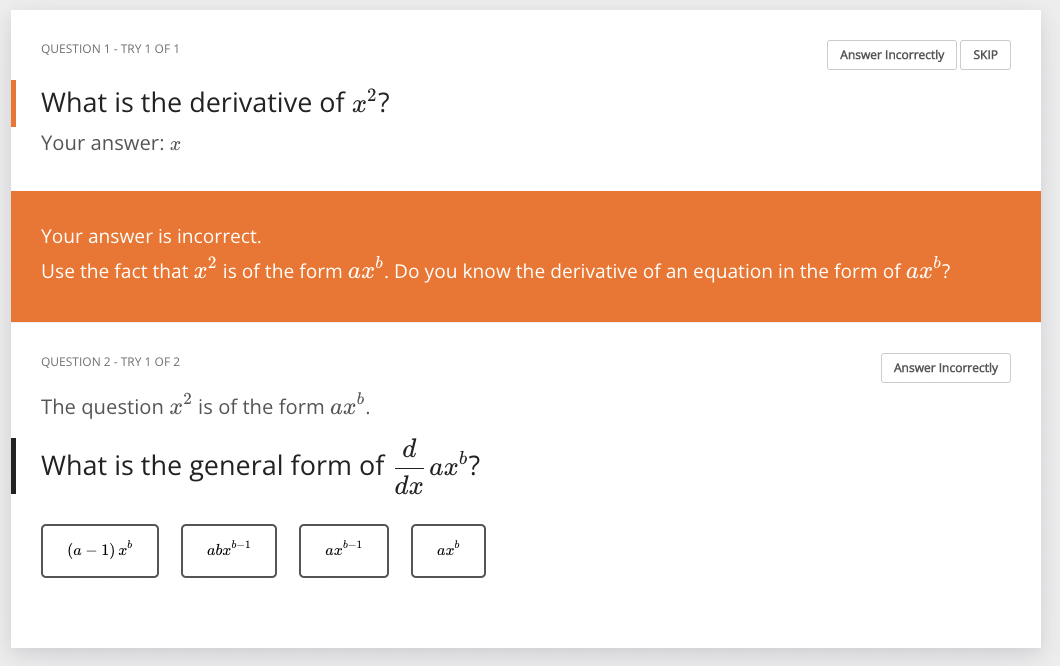 Percentage of full points per attempt

Finally, you can also change the number of points a student receives for their second, third, nth attempt. You can do this by editing the attempt settings as shown below.

With these new settings, the student gets half of the points when answering correctly the second time.

Continuing our example, see how this affect the student's overal practicing session score when answering the follow-up question correctly on the 2nd attempt. 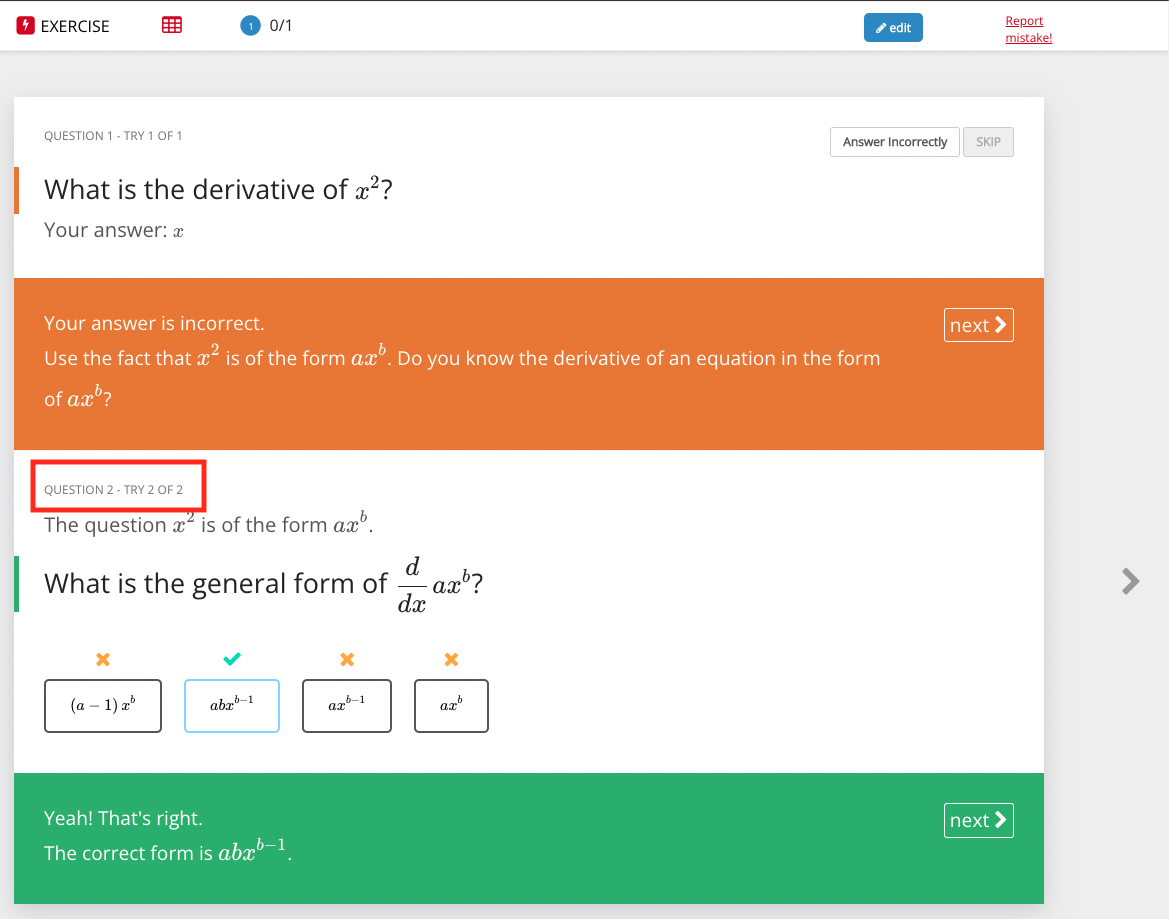 And the final score for the practice session is 25%, since the student answered one (out of two) questions correct on the second attempt.

Do you have questions or feedback about these settings? Please reach out to us via the chat icon or via support@grasple.com.

Did this answer your question?